I have always wondered: where did CP get all of their music? Did they pay musicians to write it? Did they hire a music production team? Did they download or buy music online? The CP Wiki List of Music contains hundreds of songs! As someone who enjoys the music probably more than most people, I decided to make a post about this topic.

(Btw I am talking about the background music used in rooms/games, not the lame music videos Disney produce for the mascots).

I found a page on the wiki that discusses the sources for some of the music in the game. Here is what it says:

In the past, Club Penguin did not hire composers to create music for the game, instead it bought music from various distributors (both licensed and royalty-free).

Some of the most iconic music in the game is listed with the original source, such as Charlie’s Here, Ice Fishing, Bean Counters, P.S.A., Night Club, and Coffee Shop. This makes a lot of sense. I was bewildered when CPR updated Ice Fishing with their own version, because they changed the music as well! And it sounded like it came from the same exact song; how did they do that? Listening to the original audio, it turns out there are two more parts to the song, which CPR must have found. Here are a couple tables from the wiki that show the original song name, website and composers. These pieces go for about $30 to $50 each.

There is another one with music from party rooms. A notable song to point out: Jazz Piano from the 2008 Music Jam is called “Maybe Baby” by Gavin Courtie and Liz Radford, from NEO Sounds.

But there are only a few songs listed on this page, and there is more music that I am very curious to find out how/where it was made. In particular this includes Box Dimension, Anchovy Jazz, Thin Ice, and Pizzatron 3000. Of course, this page suggests that most if not all of the music in the game was obtained the same way, but I suppose they could only find the original source for a few songs. If anyone manages to find the original name or distributor’s page for any others I would be interested to see it. The wiki actually says that CP changed their method eventually, though it’s not explicit what it refers to exactly:

Did they just stop using loops, or did they stop buying music online altogether? It also said that “in the past” CP did not hire composers. Did they hire afterwards?

I also wonder how much time was spent searching until they found what they were looking for. Because I mean, many of the songs match perfectly to the rooms, and they are enjoyable to listen to. I imagine it took weeks (at least) of scrolling and clicking and listening to short clips and loops. But I would say it certainly paid off.

Chris Hendricks recently uploaded a video discussing how he composed a lot of CP’s music:

Ok… does anyone know where I can find the music playing in the Puffle Gala in the old client on CP Online? After much searching I couldn’t find anything. The SWF listed for it is the music that is currently playing there in the new client, but I really want to find the one in the old client. Here is a video so you can listen:

I would say it fits in with the other jazz songs CP has used for the game, but I can’t find this anywhere! It would be a great tune for me to transcribe. I like to listen to a version separate from in the game, it usually sounds crisper and makes it easier to tell the correct song structure. Does it have a name? Was it even used in the original CP, or is this something unique that the CP Online team added?

Please share any information you have on this topic with me or in the comments, I am very interested to know more. Although I know no one reads these posts anyways so… ¯\_(ツ)_/¯

Update: Someone answered on the video already (that was fast). Thank you José Vásquez!

So the song is Ruby and the Ruby. That makes a lot of sense. That’s the name of one of the plays, and that room is usually the Stage, so they probably forgot to change the music.

In other news, I suppose being on some CPPS to continue listening to CP music is a good idea, so I decided to try out CP Universe. I heard it was going to be similar to CPR. The one thing I want is for it to have good CP music (because there are a bunch of just plainly bad songs) in party rooms, and especially for the igloo music choices. So far, I would rate the igloo music selection subpar, but hopefully they’ll update it soon, with more of the older music. I didn’t do any research before choosing a new CPPS, since there are literally dozens of them, and I don’t want to have to make tons of accounts. I also made an account on CP Online. I just picked the two CPPS’s that a CPR blog recommended that my old comrade Legofan used to be involved with.

In other other news, I decided to rename my posts from “CP Cheats” to “CP Series” because this isn’t, and never really was, a “cheats” guide. Besides maybe two of my earliest posts, it’s pretty much all sheet music. At the time when I was a Nacho leader it made more sense to call it a cheats series. But it’s been a whole year since that ended.

In other other other news, I think it would be cool especially for those interested in CP sheet music if I were to find someone to assist with my quest to provide quality transcriptions for all the best CP music. Maybe I’ll make a discord for CP music, that might be the way to go. Stay tuned.

So yeah. That’s all the meta for today, and probably this year. 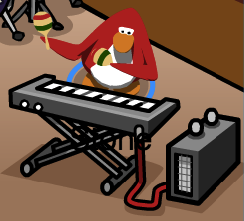